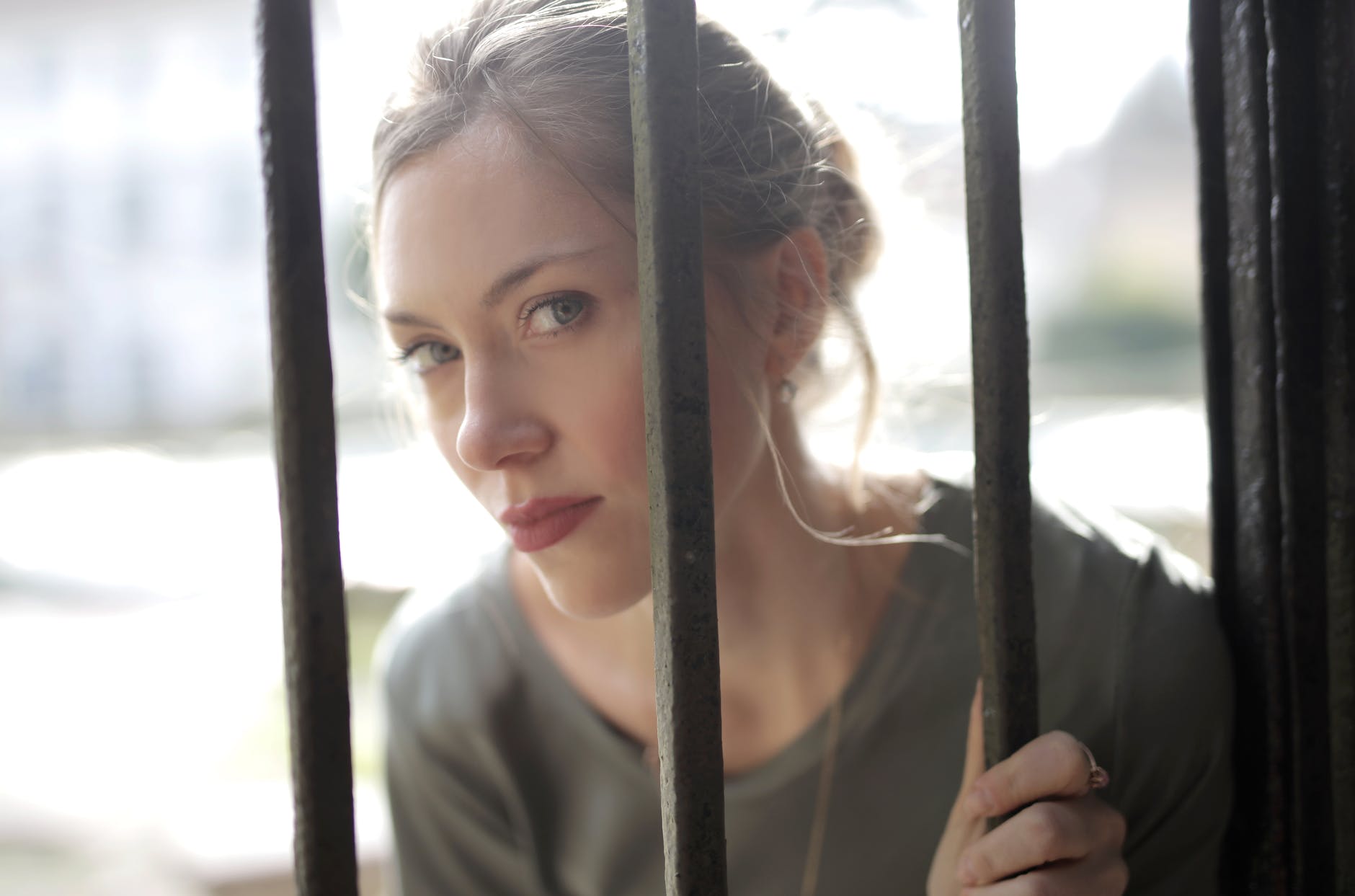 Rebecca C. Mandeville is a Trauma-Informed Psychotherapist and Recovery Coach, Educator, and author of Rejected, Shamed, and Blamed. She is a pioneer in identifying the overlapping symptoms of family scapegoating abuse (FSA), complex trauma (C-PTSD), betrayal trauma, and the devastating impact and effects of intergenerational trauma on adult survivors of dysfunctional and narcissistic, family systems.

What Is Narcissistic Personality Disorder?

Narcissism is a personality trait that all of us possess to a certain degree; therefore, as with all personality traits, it exists on a spectrum. Each of us falls somewhere along the narcissism continuum in that we are all self-centered to some extent. In fact, putting ourselves first can be a critical aspect of self-care, contributing to a sense of self-worth and healthy self-esteem.

However, when a person is at the extreme end of the narcissism continuum, they qualify clinically as having Narcissistic Personality Disorder (NPD), which is a diagnosable mental illness.

Per the Diagnostic and Statistical Manual of Mental Disorders (DSM-5), signs and symptoms of NPD include:

A pervasive pattern of grandiosity (fantasy or behavior), need for admiration, and with lack of empathy, beginning by early adulthood, as indicated by at least five of the following:

In the Narcissistic Family System, the parent (or primary caregiver) is not interested in being a loving, concerned parent that puts the needs of their child first. Instead, the narcissistic parent expects – even demands – that their spouse and children revere and worship them, much as a cult leader demands compliance and adoration from their cult members.

Children are groomed from a very young age to serve as a mirror that reflects back to the parent their own faultless image. The child that reflects the parent in the most satisfying ways will inhabit the role of golden child in the family system (the exalted and protected child that can do no wrong), while the scapegoat child is destined to carry the narcissistic parent’s repressed self-hatred and disowned darkness, ‘badness’, or ‘shadow’ parts.

When a parent is a malignant narcissist, family members are nothing more than dehumanized objects who are used to prop up the narcissistic parent’s false personae – the puffed up, aggrandized, and idealized self that others must constantly reflect back to them. The spouse and children of the malignant narcissist are not able to exist and function as whole, human selves with feelings, thoughts, needs, and wants of their own. They exist only to serve the intrapsychic needs of the narcissist, which are twisted, endless, and primitive in nature (primitive, because the seeds of narcissism are planted in early childhood, which arrests the healthy development of the psyche). Continued below…

My book on what I named Family Scapegoating Abuse (FSA) is available on Amazon in both Kindle and Paperback formats. You can also purchase it at these online Book Retailers

The Narcissistic Family as Cult System

Specifically, open systems allow elements and situations outside the family to influence it, whereas closed systems isolate its members from the environment and are growth-inhibiting and self-contained. In the closed, narcissistic family system, family members revolve around, and are controlled by, the worldview of the narcissistic parent, largely immune to outside influences.

In the narcissistic family, rebellions are rarely possible, as any threat to the narcissist’s position as the system’s power-holder and leader will be met with various forms of cruelty toward the offender(s), including punishment, rejection, and even ‘ejection’ from the family system – something that adult survivors of family scapegoating abuse may be all too familiar with.

It is simultaneously fascinating and horrifying to note that the very same methods used by a cult leader to control their members are used by the narcissistic parent to control their spouse and children. These techniques include splitting (deliberately pitting one family member against another), triangulation, and gaslighting, as well as doling out unexpected rewards and punishments as a means to manipulate and control specific family members. The types of rewards and punishments meted out by the narcissistic parent typically revolve around dispensing positive or negative attention toward a particular family member to incite feelings of love and acceptance or fear and rejection, including fear of being rejected or discarded by the narcissistic parent.

For example, the golden child might be lavished with love, gifts, and special privileges, while the scapegoat child is rejected, marginalized, and ignored. It is not uncommon for the scapegoated child to be deprived of parental benefits or blatantly and intentionally ostracized or humiliated – not just now and again, but sometimes chronically, for years. The family might be further emotionally terrorized and unbalanced by the narcissist re-assigning roles unexpectedly, e.g., the golden child suddenly becomes the scapegoat child, and vice-versa.

Trauma bonding is a powerful, confusing form of attachment that is rooted in periodic cycles of abuse followed by surreal displays of affection that serve to cement and reinforce the all-consuming power of the disordered parent over their child’s psyche. This results in the child (and other affected family members) living in a fear-based survival state, where their ability to function and even exist resides in the hands of the narcissist power-holder, who is, in a sense, a ‘mini-God’ that controls their fate and environment.

Family life is reduced to a war zone, of sorts, where frightening, possibly life-threatening events can take place unexpectedly, fueled by the narcissistic parent’s displeasure or rage. Given that such extreme, negative dynamics are too much for family members to bear, they will strive to appease the narcissistic parent’s unpredictable temper and inflated ego as a means of minimizing threats to their own physical or psychic survival. This often leads to the development of trauma bonding, i.e., a twisted survival-alliance that is misinterpreted as a close loving bond by the victim toward their narcissistic abuser (also known as Stockholm Syndrome).

Recovery therefore begins with psycho-education regarding growing up in a narcissistic family system and the impact that this has had upon their psyche, likely from a very early age. Identifying their ‘role’ in the family (e.g., golden child, scapegoat, caretaker, clown, etc) will also add much-needed insight in regard to how the client / adult survivor has been impacted.

Identifying maladaptive survival responses is also a critical part of recovering from narcissistic family abuse. Maladaptive survival responses are ways of coping that allowed the adult survivor to adapt to their dysfunctional, abusive family environment, but do not serve them well today. For example, appeasing behaviors that helped the child avoid the wrath of their narcissistic parent may in actuality be the trauma response of fawning, and will need to be addressed as part of a trauma-informed therapy and recovery process.

While the adult survivor of narcissistic family abuse comes to terms with the mental and emotional damage done to them (and even bodily damage, when C-PTSD symptoms are present), powerful emotions will begin to reveal themselves. Each wave of grief, pain, and rage must be compassionately attended to as the numbness of living in a chronic state of survival recedes and awareness and clarity take hold.

Missed or delayed developmental steps (such as those that promote healthy individuation and secure attachment) will also need to be assessed, acknowledged, and explored. The ability to perform basic self-care due to having their own needs minimized within their narcissistic family system is also typically impaired, and must be learned, along with other basic life skills throughout the recovery process. In the later stages of recovery, clients reach a state of ‘radical acceptance’; they are able to acknowledge the many twisted and unfair things that happened to them, while takinghttps://youtu.be/eRlLWzpALu4 responsibility for their healing with an eye toward building a life that supports their well-being and psycho-emotional health.

Although recovering from narcissistic family abuse is a laborious and intensive endeavor, reclaiming the integrity of one’s psyche and soul is indeed possible, and I see this everyday in my psychotherapy and recovery coaching practices. Maladaptive survival responses can be transformed, healthy attachments can be cultivated, grief and rage can be released, healthy boundaries and coping strategies can be established, and the true self can be reconnected with and embodied.

What Happens After Leaving a Narcissistic Family – Do They Care?

For more information about family scapegoating abuse (FSA) and narcissistic family systems, check out my Amazon best-seller, Rejected, Shamed, and Blamed. If you found this article helpful, consider sharing it with others via the social media icons, below.

Photo by Andrea Piacquadio from Pexels

Relate to the above article? Read ‘The Narcissistic Martyr Parent Ploy and the Scapegoat Child’