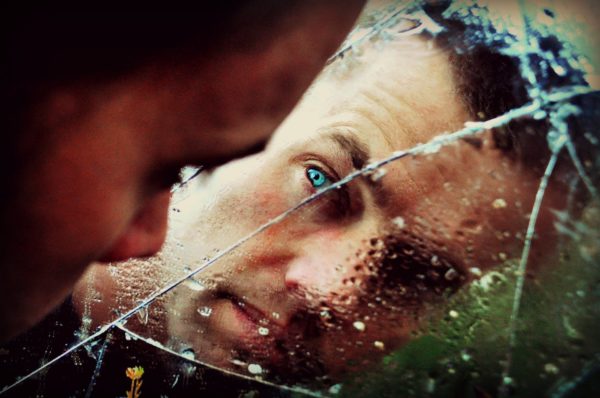 For the child victim of family scapegoating abuse (FSA), the ‘scapegoat story’ created by one or both parents (which the entire family invariably adapts and accepts unquestioningly) can negatively impact their mental and emotional health. When a parent is a malignant narcissist, the abuse the child experiences can be extreme, resulting in complex trauma (C-PTSD) symptoms secondary to grave psycho-emotional distress.

Awareness of Narcissistic Personality Disorder (NPD) has grown in popular culture, yet it is my observation that the term is often misused or misunderstood within the self-help field, including via books and forums. This is because one can be self-centered and selfish and lack empathy without clinically meeting the criteria of NPD.

You may or may not have heard the term ‘malignant narcissist‘ in association with NPD. A malignant narcissist is capable of inflicting extreme harm (with attendant suffering) upon their child, particularly if that child is in the role of ‘family scapegoat’.

What Is a Malignant Narcissist?

Malignant narcissism is a form of Narcissistic Personality Disorder that is recognized as being extremely abusive. The malignant narcissist has sadistic traits in that they actually enjoy hurting others. They also will not think twice about manipulating and using people for their own gain.

A person with malignant narcissism goes far beyond the clinical scope of narcissistic personality disorder. Specifically, they may harm others to gain attention, feed their sense of superiority, and get what they want. For this reason, a person may also have traits of antisocial personality disorder. These include:

When a Scapegoating Parent Is a Malignant Narcissist

Clients entering my Psychotherapy or FSA Coaching practices will at times share horrific stories of being systematically humiliated, degraded, and devalued by one or both parents. The parent appears to delight in behaving sadistically toward their own child, but will be careful to keep the abuse private and contained within the family home.

To make matters worse, the child is made to believe that they deserve to be treated badly due to some defect on their part. Suffice it to say that the parent who is a malignant narcissist is unlikely to ever take responsibility for the damage they have done to their child / adult child’s mental and emotional health. Instead, they will take on a self-righteous stance, justifying or denying their deliberate attitude of cruelty toward their child.

For example, I once had a client in my psychotherapy practice deny that she had experienced any sort of abuse growing up. Several months later, I learned that one of her parents had ‘shunned’ her (not spoken to her) for an entire year because she came home an hour late from a date when she was seventeen years old. My client was still living at home with this parent during this year-long period of shunning! And yet, she could not recognize her parent’s shunning of her as abuse, as she felt that she had “deserved” it as she had come home late.

The scapegoated child of a malignant narcissist parent will be further distressed and confused by the tendency of the parent to present themselves entirely differently to the outside world. For example, the parent will be very charming toward others outside the home, which further discredits the experiences or reports of the abused, scapegoated child / adult child. The creation of this ‘double reality’ constitutes gaslighting, something that can also be severely damaging to the child in that they are not able to trust and validate their own perceptions and experiences.

The Consequences of Being Scapegoated by a Malignant Narcissist Parent

To say that the adult survivor of a scapegoating, malignant narcissist parent will face challenges in regard to their recovery would be an understatement. Trauma bonding (an emotional attachment formed by a cycle of abuse and manipulation that isn’t always life threatening) may occur with the malignant narcissist parent, causing the child / adult child to be blind to the fact of their own abuse. Unrecognized betrayal trauma and complex trauma symptoms will also develop in response to their being chronically and systemically scapegoated; they may also develop a fear of intimacy and an inability to trust others, along with experiencing difficulty establishing satisfying relationships.

Given the likelihood that the malignant narcissist parent presents a completely different face to the outside world (some may even be highly respected in their communities, working as ministers, psychologists, social workers, etc), the scapegoated child / adult child is likely to be disbelieved and labelled “emotionally ill,” “difficult,” angry or even “crazy” if they attempt to tell others about their parent’s maltreatment of them. This can result in their avoiding reaching out for help, including from Mental Health professionals.

In such situations, a generalized feeling of helplessness and despair can develop, as it can seem as if the abusive parent has “won” via their ability to deceive others by presenting publicly as a concerned and loving parent. But this need not be so.

Recovering From a Malignant Narcissist Parent

If you have a parent who presents as a malignant narcissist, it is unlikely that you will ever be able to “work things out” with them, including helping them to see how they have been mistreating or abusing you. If you choose to remain in contact with such a parent, know that it will be difficult, if not impossible, for you to recover from the harms done to you, including the resulting symptoms of complex trauma.

You may have no choice but to face the reality that you will need to end contact with your malignant narcissist parent if you are serious about your healing. Whether you phase out of your abusive parent’s life quickly or slowly, there will come a point that you realize that you are better off without them in your life.

What this means in your specific situation (e.g., walking away from a large inheritance; having to end contact with others who are supportive of your malignant narcissist parent) is something that should be reviewed carefully, ideally with a competent professional and/or those in your life whose opinions you value and trust.

Read my article on the Narcissistic Family System to learn more about the narcissistic parent and family scapegoating abuse (FSA).

I enjoy connecting with my readers via the comment section. If you related to this article, I’d love to hear from you – What you share may help others! You might also consider sharing this article via the social media icons below.