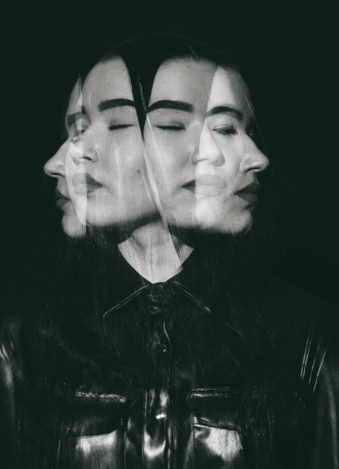 There are very few clients who enter my FSA Recovery Coaching practice who are not suffering from traumatic shame (also known as ‘toxic shame’), as well as a variety of complex trauma (C-PTSD) symptoms – something I discuss at length in my book, Rejected, Shamed, and Blamed. While traumatic shame creates a sense of social isolation, complex trauma itself fragments us and leads to self-alienation, leaving the adult survivor of family scapegoating abuse (FSA) feeling intensely alone and unsupported.

Traumatic Shame: Its Purpose and Effects

Traumatic shame is an overwhelming affect associated with autonomic nervous system activation, and is typically accompanied by an inability to think clearly and a desire to hide or flee, as well as ‘fight/flight’ trauma-based responses.

Traumatic shame interferes with one’s ability to engage freely in life, and this remains true even when symptoms of complex trauma have been successfully addressed. For the FSA adult survivor, traumatic shame is triggered by criticism, negative feedback, mistakes, etc – but also by success, visibility, and self-assertion due to having learned in their family-of-origin that asserting boundaries or feeling proud or happy is not allowable (hence my research finding that a good many number of FSA adult survivors experience Impostor Syndrome).

I like to use the analogy of being ‘tarred and feathered’ when discussing traumatic shame with my clients. When you are in the ‘family scapegoat’ role, it is as if you have been covered in tar and the rejecting, shaming, and blaming narrative that has been created about you via the family projection process are the feathers that land on the tar and stick. This analogy is especially apropos, given that tarring and feathering someone was meant to not only cause them pain, but to publicly humiliate them and embarrass them socially as well.

Another idea that is surprising to my scapegoated clients is that shame is related to submissiveness and appeasement behaviors, which is now recognized as the ‘fawn/submit’ trauma response. It is a damaged (self) limitation strategy adopted by the scapegoated child when even more serious attacks and/or family rejections would result from standing up and fighting for themselves when young.

In neglectful, non-nurturing, and abusive environments, shame gets over-used by parents as a means of down-regulating behavior exhibited by their child that they view as being unacceptable or unsafe. Eventually, the child will learn to shame and punish themselves as a means of avoiding negative attention from the parent(s). Thus, shame responses help children to be compliant and engage in automatic appeasement behaviors that help them to survive in an uncaring or hostile family environment, which is why traumatic shame is considered to be a maladaptive survival response.

Because the body encodes shame experiences, sensorimotor psychotherapy can be used to address and shift the debilitating effects of traumatic shame. Psychoeducation that facilitates cognitive understanding regarding shame being something that helped a client survive an unsafe family environment can also assist in creating new awarenesses and new narratives around the role shame has played in the FSA adult survivor’s life.

I also invite clients to view shame as a ‘part’ of themselves, and not the totality of who they are: “You experience shame in your body and thoughts, but you are not the shame itself – you are far more than that. You are not the tar, nor are you the feathers.” I might also ask a client, “How old does this shame part feel? How do you feel toward that part now? Can you appreciate the role that shame might have played in your survival growing up, including by inhibiting or altering your behaviors, which allowed you to fly under the radar and avoid negative attention from your parent(s)?”

Over time, clients are able to observe the feeling of traumatic shame as a body sensation, and as a part that may have helped them to avoid negative attention, punishment, and abuse. When shame comes up, I invite them to notice that feeling of shame rather than being it and see what happens. “Notice what happens in your body. Where do you feel it? Observe the shame as a body sensation. Observe shame as the part of you as a child that used shame to survive. Let’s look at how your shame had a purpose, What was it trying to do to help you?” In this way, the FSA adult survivor can begin to dis-identify from shame and just notice it, while appreciating it as a part that played a role in their survival.

Do you struggle with feelings of intense shame? Has anything helped you to dis-identify from it and/or release it? I’d love to hear from you in the comments – what you share might help others.

Know someone struggling with shame? Consider sharing my article with them or use the icons below to share it on social media.