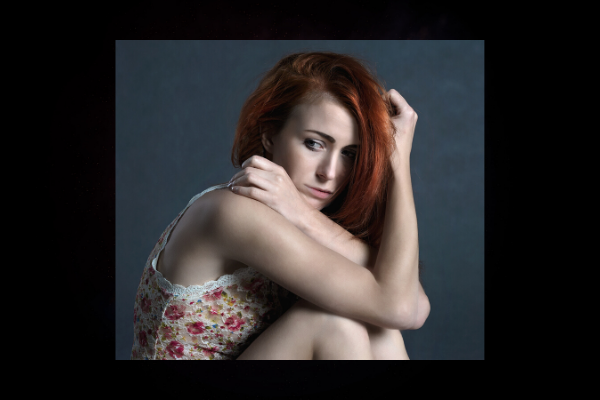 How We Justify Victim-Blaming, Scapegoating, and Systemic Abuse

The belief in a ‘just world’ can be used to blame and shame innocent victims by denying or rationalizing their genuine pain and suffering. It can also result in the scapegoating of individuals, groups, or even an entire class or race…

What is the ‘Just-World’ Hypothesis?

The just-world hypothesis (also known as the ‘just-world’ fallacy or the ‘belief in a just world’/BJW) is a cognitive bias held by individuals, groups, institutions, and systems to justify the positive and negative events others experience in life. It is rooted in the belief that people get what they deserve, which serves to mask one’s own sense of vulnerability while minimizing anxiety.

The concept of karma is closely related to the just-world hypothesis. Familiar phrases such as “you reap what you sow”, or “what goes around comes around” are common phrases related to this idea of karma or some form of universal justice. Such ‘just world’ beliefs assume that the world  / Universe / ‘God’ is ultimately always fair and just. Kind acts, helpful behaviors, and earnest efforts are rewarded while ‘bad actors’ are punished.

Examples of the Just World Hypothesis

The belief in a just world is used to deny or rationalize the scapegoating of individuals, groups, and even an entire class or race. Statements such as, “You must have done something for your own family to treat you this way”; “Those people on welfare are just lazy –  They should get off their butts and work for their money, like me”; and “It’s their own fault they got hurt – They should have just cooperated with the police or not gotten arrested in the first place” are examples of how a belief in the just-world hypothesis can support and validate victim-blaming, systemic privilege, and systemic racism, respectively.

Via this simplistic conceptualization of universal reward and punishment, the world may be viewed as an orderly, predictable, and ‘fair’ place where people “get what they deserve” as a result of their own positive or negative behaviors and actions.

Given that the just-world hypothesis is dependent on a belief in a divine or cosmically ‘fair’ universal force, it can influence people’s thinking even when there is little to no evidence that such a force of omnipotent justice exists. And yet, the idea that there is a direct connection between a person’s moral character and the events they experience in life persists.

The Just-World Hypothesis and Victim-Blaming

The idea of a ‘just world’ has been promoted, debated, argued against, and discussed by philosophers and social theorists for centuries. More recently, Melvin Lerner focused on the just-world hypothesis in his research in the field of social psychology.

Lerner’s research on the just-world hypothesis was informed by his repeated observation that it is an observer’s tendency to blame victims for their suffering. In one of Lerner’s earliest studies, results supported the hypothesis that rejection and devaluation of a suffering victim are primarily based on the observer’s need to believe in a just world (Lerner, M.; Simmons, C. H., 1966).

More specifically: Lerner’s research results showed that when people are confronted with the abuse and suffering of an innocent victim seemingly beyond their ability to help, those that are observing the victim will not respond with compassion, but will instead blame the innocent victim for their suffering (Lerner, 1980).

Social psychologists have continued to conduct research on the just-world hypothesis.Victims of HIV/AIDS, rape, and cancer were often the focus of these studies, with results that were disturbingly similar to Lerner’s own research in previous decades. Although some researchers argue that many of these experiments are flawed, making results difficult to interpret, there is agreement that several of the investigations generally support the just-world hypothesis (2005).

It should also be noted that recent research suggests that a belief in a just world is associated with greater life satisfaction and well-being – Researchers are actively currently exploring the reasons why the belief in a just world might have a positive effect on one’s mental health (Ritter, Benson, & Synder, 1990).

Scapegoating (the practice of blaming a person or group) is often rooted in a just-world belief system. A scapegoat may be a child, sibling, adult, employee, political or religious representative or group, a country, or even an entire race.

Whereas the just-world hypothesis relies on a belief in a sufferer having ‘good’ or ‘bad’ moral character, scapegoating relies on agreed-upon views of ‘ethics’ and ‘morals’, whether these be individually-focused or systemic.

As it is typically the power-holders in a group or system (including family system) that determine the values, ethics, and morals those they influence are ‘ruled’ by, they are typically the least likely to be victimized within the systems whose narrative they control.

Therefore, it is most often the least empowered person(s) in a given system who will be subjected to acts of scapegoating abuse, as well as other forms of system-supported abuse, including the emotional abuse, bullying behaviors, and psychological trauma associated with racial discrimination.

Consequences of the Just-World Fallacy

Believing that the world is ultimately a fair and just place can result in individual and social complacency due to the idea that justice happens on its own, fueled by an actively engaged, ‘fair’ universal force.

The belief in a just world can also result in a lack of compassion for those who struggle within inequitable social, political, and economic systems, including adult survivors of family abuse, the homeless, those struggling with mental health issues or addiction, and victims of rape, police brutality, and other forms of violence. By blaming such people for their own misfortunes, we may protect our view that the world is a fair and safe place while those most in need of our compassion, empathy, and support pay a terrible price.

Expanding Beyond the Just-World Fallacy

Uncovering the just-world cognitive bias can be difficult. Being willing to face and overcome one’s own fears, anxieties, and prejudices regarding actual injustices by being open to information designed to educate and increase awareness can be an appropriate, effective first step.

Focus on looking at all elements of the situation when you find yourself making judgments about someone’s moral character and whether they are ‘deserving’ of negative or positive ‘consequences’. This includes cultivating a more integrative, expansive, and systemic view of human behavior and life events, as well as becoming informed about, and acknowledging, contributory factors such as environmental influences, socio-economic pressures, and political / cultural expectations and/or systemic abuses others may be experiencing.

To learn more about the belief in a just world (BJW) and racism, read Anneleen De Cuyper’s outstanding thesis, Blame the Outgroup: Can our Beliefs in a Just World Lead to Prejudice and Racism?

Articles of Interest: What Dr. King Understood About Rage, Riots, and the Trauma of the Unheard