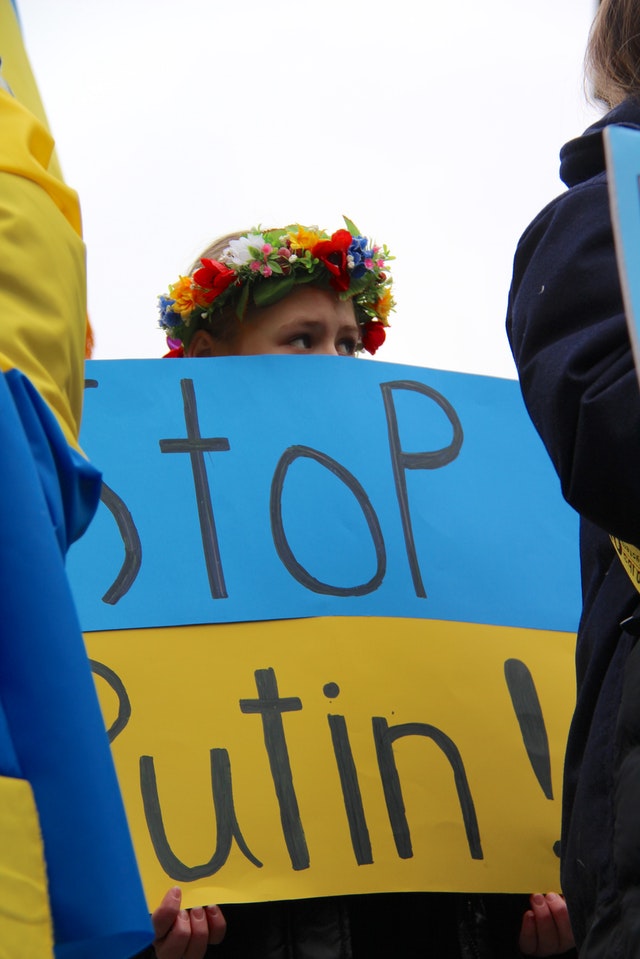 As the world watches in horror, Vladimir Putin provides us with an astounding example of Dr. Jennifer Freyd’s brilliant concept of ‘DARVO’, (Deny, Attack, Reverse Victim and Offender), which I wrote about in a recent article.

This is an excerpt from an article today in Reuters:

Russia continued its assault on Ukraine Sunday morning on the 11th day of its invasion, a day after a temporary ceasefire fell apart and Russian President Vladimir Putin threatened Ukrainian statehood.

Putin once again blamed Ukraine leaders for Russia’s violent invasion, threatening on Saturday that if they “continue to do what they are doing, they are calling into question the future of Ukrainian statehood.”

I don’t think there is anything more to say.

UPDATE: It’s only getting worse – DARVO to the 1000th Power:

To help Ukranians with disabilities who need shelter, food, and other forms of aid, click here.

Photo by Sima Ghaffarzadeh from Pexels

Rebecca C.Mandeville, LMFT, CCTP, is an internationally recognized expert in family systems. She is a psychotherapist, certified complex trauma professional, researcher, author, and media contributor on child psycho-emotional abuse and its effects on adult survivors. She specializes in helping victims of ‘invisible’ family abuse reclaim their life narrative and so that they can live freely and joyously as their true self. Rebecca is the author of Rejected, Shamed, and Blamed – the first research-based book on what she named family scapegoating abuse (FSA).

Find Me on Social Media

I am a participant in the Amazon Services LLC Associates affiliate advertising program, which allows me to earn a very small advertising commission fee by linking to Amazon.com and affiliated websites. Please also read the 'Important Disclaimer' below regarding the purpose of this website and its legal limitations.

Family scapegoating abuse (FSA) is a non-DSM term created during my research on family scapegoating, family systems, and the family identified patient (IP). The information on this website is provided for general informational and educational purposes only and is not a substitute for professional advice. Accordingly, before taking any actions based upon such information, I encourage you to consult with the appropriate professionals. Please read the entire disclaimer by clicking on the sunset image below.

Sign up to learn about new book releases, online courses, and products related to recovering from family scapegoating abuse.